This year, I decided to go a little non-traditional with my gingerbread creation, so instead of a house, or a barn, or a church, I bring you a gingerbread AT-AT. 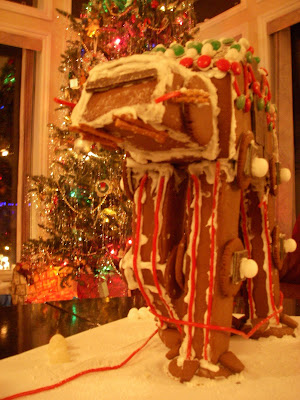 This idea was first posted on my Facebook wall a few weeks before Christmas, with a picture of an AT-AT made by a professional bakery in the States. I decided that this would be a fun challenge to try and make my own.

We started with my brother designing a pattern for all of the pieces and then I baked them in gingerbread and laid them all out. 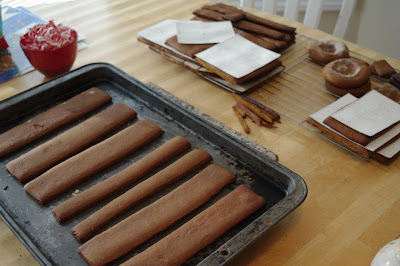 Then we started building. 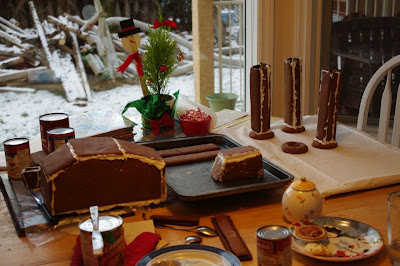 We had some difficulties when the head didn't want to stay on to the body. There was originally a neck as well, but we got rid of that when we realized it wouldn't hold the weight of the head. 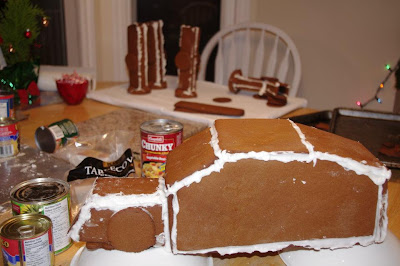 I was very nervous when we balanced the body on the legs, but it was surprisingly stable. 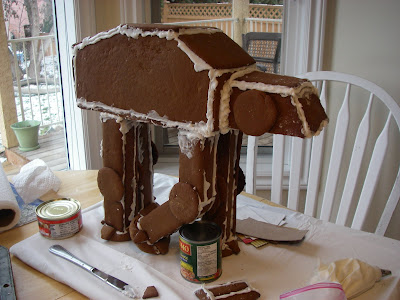 Then we started decorating. 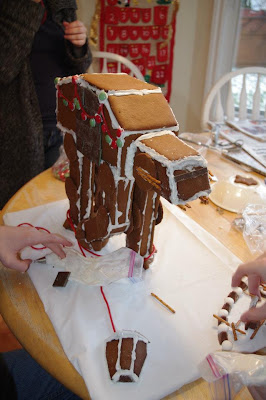 We added lights along the sides of our Christmas AT-AT. 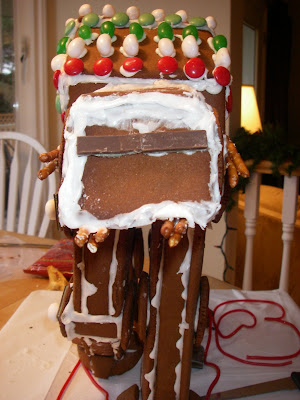 Also plenty of pretzel cannons and a viewscreen. 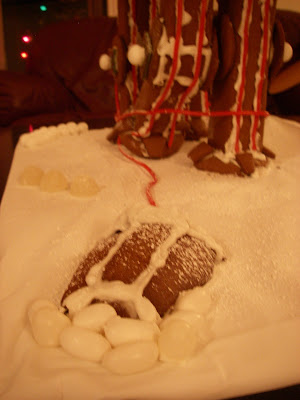 And also, we have a snowspeeder, crashed with its tow rope around the AT-AT's legs. 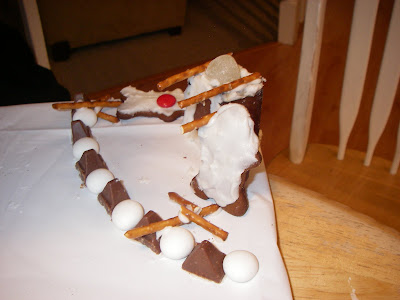 We also have the rebel defense army. 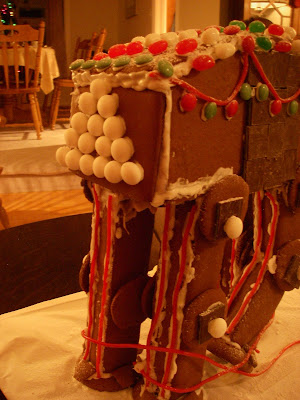 And then we have a warning triangle on the back... 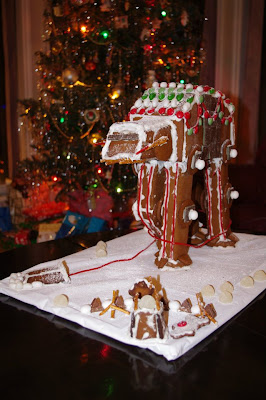 My gingerbread and icing recipes can be found with last year's gingerbread blog post.
Posted by TheSweetEngineer at 3:33 PM 1 comment: 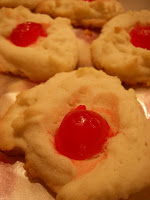 I made these the other day for an event where the engineering students were handing out coffee and cookies to the homeless. My mother tasted a few for 'quality control' before I took them and demanded that I make them again. So I have another batch in the oven as I type this.

Now, I would recommend that you don't even attempt this recipe unless you have an automatic mixer like a KitchenAid or a Bosch. I wouldn't suggest trying it with a hand mixer because it requires almost a half-hour's worth of whipping/beating.

So after last weekend's banquet we had some ingredients left over, including six pounds of mandarin oranges, 1.5 liters of whipping cream and about 4 bricks of butter. So I've been trying to use these things up.

Fortunately it was a friend's birthday this past week so I made him a chocolate truffle loaf 'cake' and used up a significant portion of the whipping cream and some of the butter. (I'm taking the oranges to the school today to feed to hungry university students studying for exams) 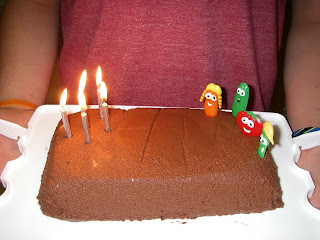 16 oz semi-sweet chocolate (2 boxes of the Bakers stuff or that much in chocolate chips)
1/2 cup corn syrup (the recipe said light, but I just used regular)
1/2 cup butter

Whisk together egg yolks and 1/2 cup whipping cream. Set aside.

In a medium pot melt together chocolate, corn syrup and butter on medium heat until melted and well combined. Stir in egg mixture and continue to cook for about 3 minutes, or until it starts to thicken. Let cool to room temperature.

Mix together icing sugar, whipping cream and vanilla and beat on high speed with electric mixer until stiff peaks form.

Fold whipping cream into (cooled) chocolate mixture until it is one consistent colour.

Pour into prepared loaf pan. Cool in fridge for several hours until firm. (I did a couple hours in the fridge and a couple in the freezer because I was in a hurry)

Turn out onto serving plate and remove plastic wrap.

This was a super rich, super tasty dessert and my mother has requested that I make it for Christmas Dinner. :)
Posted by TheSweetEngineer at 10:36 AM No comments:

Email ThisBlogThis!Share to TwitterShare to FacebookShare to Pinterest
Labels: chocolate 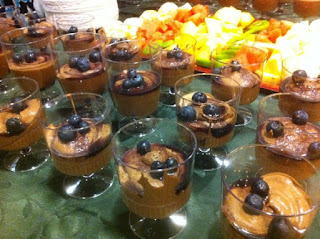 This past weekend my church group had our annual Christmas Banquet! This year I was in charge of most of the food for the event, which was a bit of a step up from last year when I just did the desserts.

But of course, this being me, I did still put a lot of emphasis on making sure the desserts looked and tasted fantastic.

Wanting a change from last year, but still wanting something individual and elegant, I went with mousse this year. And since not everyone likes pure chocolate, we did a mixture of Chocolate and White Chocolate Mousse. 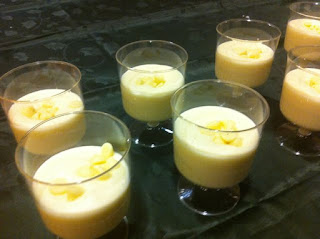 In a small bowl with lots of surface area combine cold water and gelatin. Let stand for 2-5 min, then stir in boiling water until gelatin has dissolved. Allow to cool while you prepare the rest of the mousse.

Stir together cocoa and sugar. Add 2 whipping cream and vanilla and whip until stiff peaks form. Blend in gelatin until well combined.

Spoon into dessert dishes and chill for at least 30 minutes. Garnish as desired.

Melt white chocolate in a double boiler (or the microwave if you are super careful).

Stir gelatin into milk and let sit for a few minutes. Microwave the gelatin-milk until it is almost boiling. Stir milk mixture into white chocolate. Allow to cool.

Spoon into dessert cups and chill for at least 1 hour. Garnish as desired. 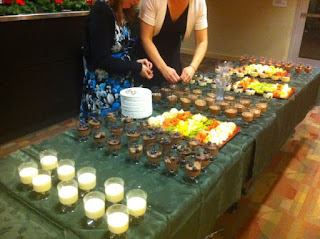