This is pretty much one of the funnest cakes I've ever made. It was for my friend who I've made two birthday cakes for before, Shamu and Jedi Mickey, and this year she was having a Disney Princess Tea Party birthday.

So, I decided to make the most insanely girly, Disney princess-y cake I possible could. 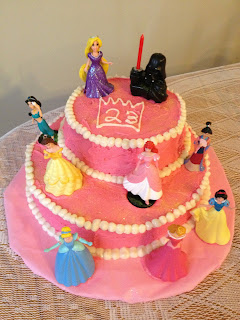 With Darth Vader thrown in for good measure... 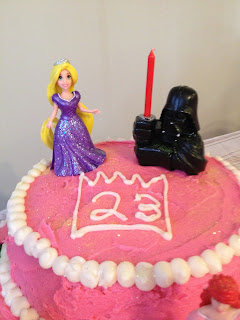 Pretty much this was just a standard cake, made two tiered (which was all the birthday girl could say as she stared at it when it was brought out), and then covered in Pink Icing, Princesses, Darth Vader and a whole bunch of edible glitter! 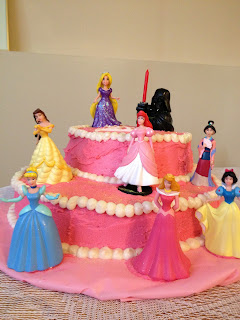 I had so much fun working on this cake and I just love how it turned out!
Posted by TheSweetEngineer at 12:50 PM No comments: